This summer, I’ve been privileged enough to live and work right outside of Denali National Park. It’s beautiful and amazing, and because of the company I work for, I get six free bus rides into the park.  So at least every other week, I ride the bus into the park with the tourists to see the animals and hopefully catch a glimpse of the mountain. I usually jump off and backcountry hike with my husband, but we’re always on the bus for the rules section.

I mean, I get the rule. But did someone really shove a selfie stick out the window at a wild animal? Did the animal bite the selfie stick? I need to know what happened! And I can’t find a damn person who knows the origin of the rule!

And it’s not just Denali that’s killing the selfie stick. Disney has recently banned selfie sticks due to safety concerns in the park. Did someone try to selfie on Splash Mountain? Did some idiot almost become the thousandth ghost at the Haunted Mansion?

I need to know the reason for the rule! It’s driving me crazy!

Have you ever seen the video of Kristen Bell freaking out over a sloth? Well, you should take a second to watch this video because it’s fantastic.

Point being, I just had a meltdown of Kristen Bell VS. Sloth proportions. Why? Because I am now the proud owner of a Disney annual pass! I know lots of people go to Disney all the time. I mean, I was there only six months ago. But to have the ability to beep myself into the park whenever I want. Mind blown!

Those of you who have been around here a few times know that I am obsessed with Pluto. He’s my friend, and I love him. I’m going to be working in Florida all winter, and now on my days off, I can go visit Pluto! Disney dancing lights at Christmas? I’m there! International food and wine fest? Why, yes please!

But the real meltdown came when I realized I could go to Mickey’s Not So Scary Halloween Party! END_OF_DOCUMENT_TOKEN_TO_BE_REPLACED

Have you seen the picture of Pluto? But really, have you? 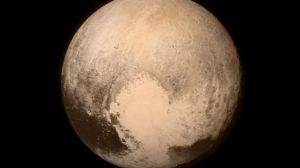 Look at it. No, really look at it.

Pluto the Disney dog is clearly silhouetted on Pluto the quasi – sometimes – planet. 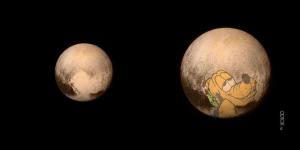 Walt Disney was either a psychic genius or an alien. And right now, I’m voting for alien. Walt Disney had seen the face of Pluto while on his way down to earth Kal-El style. He grew up, became famous, and planted us all a little shade of his brilliance in creating Mickey Mouse’s loving and trusty friend, not to mention the best Disney character ever, Pluto!

And now that we’ve seen Pluto, we all know that Walt was Walt from another World! No wonder he wanted to be cryogenically frozen when he died. He’s waiting for his people to come unfreeze him!

I know it sounds crazy, but seriously y’all. Pluto is on Pluto. How else can you explain it?

I love a scary ride as much as the next person. Scary roller coasters, plunging from great heights, I’m there. But it wasn’t always like that.

When I was little, I was terrified of going upside down on a roller coaster. I was fairly convinced I would fall out and die. My parents never pushed me to ride anything that scared me. They let time and peer pressure do the work. And for that, I am very grateful.

A year or two ago, I saw a mother who was not willing to let time build that courage. END_OF_DOCUMENT_TOKEN_TO_BE_REPLACED

I love Christmas! I love the lists and the carols. I love Santa and the Muppets doing Charles Dickens. I love it all.

This year, my husband took me to Disney to celebrate Christmas. Since we are going to be working all day on the 25th, we kicked off the season early. We saw fireworks, met Father Christmas, END_OF_DOCUMENT_TOKEN_TO_BE_REPLACED

When I was little, I always wondered why my grandmother hated me. Anytime we had a family event, she barely acknowledged my presence. She never hugged or anything. My childlike assumption was that she must be evil. And I assumed, much like Disney villains, it was nothing about me personally. I just stood in the way of her world domination. END_OF_DOCUMENT_TOKEN_TO_BE_REPLACED

Christmas is here! I know, I know. You’re probable all like, “It can’t be Christmas yet. We still have to do Thanksgiving. Give the turkey a chance before your move on to the fat red man and Jesus.”

But I want to start both now. I won’t get to do Thanksgiving this year. I have two shows that day. I also have two shows on Christmas. We didn’t get to really do Christmas last year since we had to drive from Pennsylvania on the 24th, 25th, and 26th of December to get to rehearsals in Arizona by the 27th. END_OF_DOCUMENT_TOKEN_TO_BE_REPLACED